The City of Akron's new community energy plant and system upgrades have had a positive impact on the services provided to its customers. However, equally as important is the economic impact.

When Akron Energy Systems assumed operation of the city's community energy system over a decade ago, its long-term viability was in question. The economic consequences would have been dire for the city and the central business district if the system had dissolved. The transition would have necessitated the installation of new gas mains throughout downtown, the acquisition of new boilers and chillers for individual buildings, and would have negatively impacted natural resources.

Akron Energy Systems was able to take a highly subsidized system that was losing up to $1 million annually and turn it into a sustainable, net profit operation.

“All these efficiencies, and more, have turned the steam plant into what it always promised to be: a money-maker. Instead of costing taxpayers millions of dollars a year, the system earned taxpayers thousands of dollars last year. City officials expect that trend to continue.” 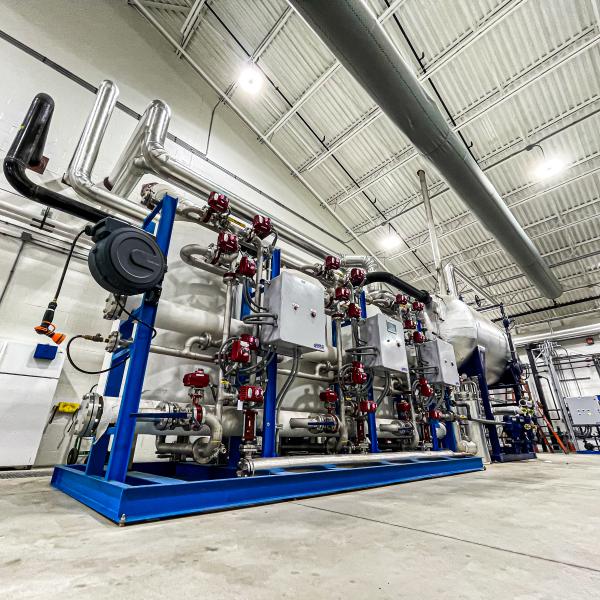